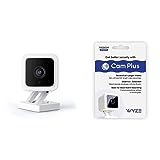 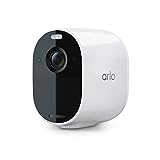 Wyze is the new player who’s changing the game and giving Arlo a run for their money. Arlo, on the other hand, is one of the most popular wireless security camera brands in the US.

I bought both of these cameras to see what all the fuss is about, and it might sound odd coming from a security professional, but I was surprised. In this article, I’m going to share with you everything I learned comparing Wyze vs Arlo.

At the end of the day for me, Wyze wins fair and square. But Arlo also has some exclusive features that might make you choose Arlo over Wyze.

Wyze is much smaller than Arlo and only started as a startup in 2017.

The company has caused serious disruption in the security camera market. This is because Wyze is somehow able to offer cameras with similar (and sometimes better) features as Arlo at nearly one-tenth the cost. Wyze also has some of the most impressive cameras and devices with cutting-edge technology, with Wyze’s “too-good-to-be-true” pricing promise.

Also is the go-to choice for most people looking for a wireless security camera.

Arlo has been one of the most innovative companies in the wireless security camera market. Despite being completely wireless, their cameras are extremely compact and full of smart features. Arlo cameras also have an output quality you’d expect from wired bulky old IP cameras. If wireless smart cameras are replacing traditional security cameras, Arlo is the torch-bearing knight of this revolution.

Cost is by far the biggest difference between the two cameras.

Each Wyze Cam V3 camera, on the other hand, will cost you only 35 bucks. When you consider how well Wyze matches (and sometimes surpasses) the specs of some of the most costly cameras in the market, this price tag looks like a typo!

You can buy 5 Wyze V3 cameras at the cost of a single Arlo Pro 4.

I have to say right off the bat; setting up the Arlo cameras was a pain.

I bought 6 Arlo Pro cameras and an Arlo hub.

Every time you set up the camera, the hub goes through a cycle to check if there’s a firmware update for the hub or for the cameras. This process alone takes 10-15 minutes—and that’s just for one camera. It took me about an hour and a half to set up the camera system.

The Wyze camera needs a power connection to operate. I was able to find good spots to mount my Wyze cameras that were also close to the power sockets. But if you have to run extra wires, the process might take you longer. It would likely take you longer if you placed a wired Wyze Cam V3 camera outdoors.

But in my experience, Wyze was much easier to set up, and I didn’t face any annoying problems that I didn’t already anticipate.

Each Arlo camera can take up to 25 minutes to set up. Wyze cameras are wired but won’t take much time to set up if you don’t have to run any extra wires.

Arlo cameras come with a magnetic base that you can use to mount the camera on vertical walls. The base is pretty impressive, but it doesn’t really work on horizontal surfaces.

You can place the camera on horizontal surfaces without a base, but then you turn the line of view upward or downward. This is relevant to the cost because you’ll have to buy a separate Arlo mount.

Wyze cameras also come with a base. This base is fixed to the camera via a screw, but you can remove the base and mount the camera with any standard camera mount. The base (attached to the camera) can be magnetically attached to a metallic surface or can be mounted to any other surface with a screw.

The Wyze camera stand also has no trouble on horizontal surfaces. You can place the camera on a table and face it in any direction you want without having to buy a separate mount.

Another mounting problem with Arlo is that if you place the camera outdoors, anyone who can reach it can easily remove it. The magnetic base is impressive, but it doesn’t offer much functionality.

Wyze cameras have a lot more mounting options than Arlo. And unlike Arlo, the Wyze camera stand also works on horizontal surfaces.

It might not make much sense at first, but the high resolution is really important for outdoor security cameras. You might think that if your screen can’t display higher resolution, it’s the same thing whether you buy a 720p camera or a 2K camera.

But the true purpose of high resolution in security cameras isn’t to allow you high-definition surveillance footage; it’s to allow digital zoom.

You can’t use the optical zoom on recorded footage. The only choice you have is to use digital zoom. But digital zooming doesn’t create information out of thin air; it only shows you what’s already there by enlarging the shot footage. If you zoom in on low-resolution footage, it will immediately lose its quality, and you won’t be able to see anything.

Digital zoom is valuable to outdoor cameras. A camera with high resolution can allow you to enlarge recorded footage without losing data and read distant license plates that you otherwise wouldn’t be able to.

Both cameras would work perfectly well indoors, but for outdoor surveillance, I would choose Arlo.

The Arlo Pro 4 camera shoots video footage in 2K resolution, which has twice as many pictures as Wyze’s 1080p resolution. (1)

Night vision is a handy feature in surveillance cameras for many reasons. Not only does it save power by eliminating the need to light up the entire surveillance area, but it also allows the camera to record footage without giving away its location.

Surveillance cameras do this by using infrared light. This part of the electromagnetic spectrum is just outside the human visible range. This means that although we can’t see it, it reflects off of objects quite similarly to visible light.

But, infrared light doesn’t really have a “color.” You can’t tell what color an object will be under normal light by looking at it under infrared light, just like you can’t do so using any light with a single color. This is why footage from infrared cameras looks so eerie and otherworldly; it doesn’t show what the objects in the footage actually look like.

Both Arlo and Wyze have night vision, although you won’t find night vision in Wyze cameras that came before Wyze Cam V3.

Recent developments in machine learning have resulted in a pretty impressive iteration of night vision technology. This new method, conveniently called “Color Night Vision,” uses visible light and infrared light at the same time to generate footage that looks nothing like its predecessor.

Color night vision captures infrared footage the same way, but it also captures what little visible light it can to create a rough image. The infrared footage is used to define the edges of the footage, which is then overlaid on top of the poor color footage. Then, machine learning algorithms use the visible footage to fill in the colors on the infrared footage, and the result is footage that looks just like it’s been captured under normal lighting conditions.

Both Arlo and Wyze have color night vision, but Arlo’s night vision is a bit sharper, giving it the win.

Both Wyze and Arlo transmit data wirelessly through your WiFi router. Having said that, Wyze does need to be connected to a power source. Arlo, on the other hand, runs on a battery and hence, doesn’t need any wires. But, if you don’t want to have to dismount the Arlo camera every couple of months to recharge it, you can also connect the Arlo to the power source via a 25-feet outdoor Arlo USB cable.

Wyze does have an outdoor version of the Wyze camera, called Wyze Outdoor, that runs on a battery and doesn’t need any power connections. But this version doesn’t have color night vision.

The Arlo camera can be powered via a battery or with wires, whereas the Wyze camera needs to be plugged into a power source. (2)

Outdoor cameras have resistance against water, dust, and sunlight. The ability of a device to withstand water and dust is measured by its IP ratings.

Both the Arlo Pro 4 and the Wyze Cam V3 have a rating of IP65. The first digit (which is 6 here) indicated how protected a product is against dust, while the second digit tells how resistant it is against water.

“6” is the highest this digit can be, which means that these cameras are perfectly protected ageist dust. The second digit, 5, implies moderate water resistance. The cameras can survive rain but will die if you leave them submerged in a pond for a couple of days.

However, keep in mind that earlier versions of Wyze are not waterproof except Wyze Outdoor.

Both Arlo and Wyze have an IP65 rating, making the two cameras equally resistant against the elements.

Both Arlo and Wyze have two-way audio. This means that you can not only listen to live footage but can also communicate with anyone via the speaker built into the cameras. The next time your dog starts eating your furniture, he’s got another thing coming.

But the win must go to Arlo since it has slightly better audio quality among the two.

Both Arlo and Wyze have two-way audio, but Arlo’s audio quality is superior.

Both Arlo and Wyze have pretty intuitive and easy-to-use apps. Everything is right there in front of you, and it doesn’t take long to find all the features.

One major difference is that when you open the Arlo app, it doesn’t immediately start showing you live footage. You have to touch the play button for the camera you want to see footage from in order to start viewing the footage. The footage also takes about 10 seconds to start, which is a lot for me.

Wyze also doesn’t start showing footage from all the cameras when you open the app, and you have to touch the play button similarly, but Wyze is much faster than Arlo.

The Wyze app is considerably faster than the Arlo App.

Most cameras that run on a battery (including Arlo) only record footage when motion is detected. But cameras that run via direct power also have the option of Continuous Video Recording. Wyze offers this feature without any additional costs. You just have to insert a microSD card where the camera will store your footage 24/7, and you’re good to go.

Arlo has a unique solution to the Arlo cam’s power needs. You can set up the camera with an Arlo solar panel, and you’ll never have to worry about charging the camera again. (3)

Arlo is a high-end wireless security camera with recognition all over the US. But aside from a few specifications such as resolution, Wyze offers a pretty good affordable alternative. But if you’re going to place the camera outdoors, Arlo may be a better option.

Here are other Wyze and Arlo product reviews that you might want to check. Until our next review!